PHSC Honors Heather Fiorentino as 2019 Alumna of the Year 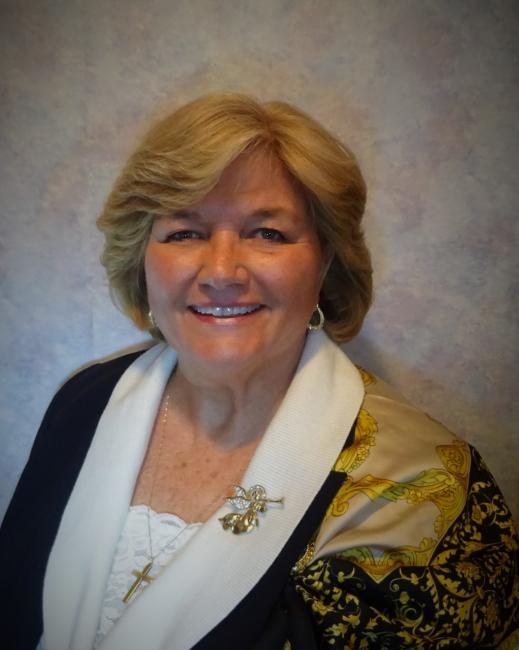 Heather Rose-Fiorentino (’78) was among the first students attending the West Campus in 1976, the year the campus was established. During her comments to the standing room only crowd of PHSC students, faculty, staff and guests, Fiorentino marveled that current students have options to join a diverse array of more than 50 clubs and organizations. In the campus’ first year of operation, there were few volunteer opportunities available to students.

“My classmates and I started an intramural volleyball team–but we had to build the course ourselves in the parking lot. That was really hard work,” said Fiorentino.

She also called her experience at PHSC the foundation on which she built her career. Fiorentino co-founded the Pasco Deaf Education Center and began teaching sign language at the college in 1984, the same year that she received a degree in elementary education from the University of South Florida. She taught elementary school at Mittye P. Locke Elementary School in Elfers, and was honored as Pasco County’s Teacher of the Year in 1994.

While she continued to teach, Fiorentino served on the New Port Richey City Council, from 1993-98, followed by three terms in the Florida House of Representatives, writing legislation that still positively impacts Florida’s K-12 system today.

She was elected Pasco County’s first female Superintendent of Schools in 2004, a post she held through 2012. During her tenure, high school graduation rates rose and Pasco County schools was among select districts statewide to receive Southern Association of Colleges and Schools–Council on Accreditation and School improvement.

Throughout her career, Fiorentino reserved time to give back to the community. In retirement, she continues to serve on countless volunteer boards and remains involved in civic organizations and events.

“I am very honored to receive the Distinguished Alumni Award from PHSC,” Fiorentino told the students gathered for the ceremony. “One day, I know, some of you will be on this stage, accepting this award.”