Pasco-Hernando State College (PHSC) recently announced that Steve Winterling will step down as men’s baseball head coach, however will remain as the College’s athletic director. Lyndon Coleman, assistant coach and recruiting coordinator, is promoted to the head coach position.

A native of Jacksonville, Fla., Winterling’s coaching career has spanned nearly 40 years. He started his career at Florida College in Temple Terrace, Fla. where he served three years as the assistant coach to Dave Scott, for whom he played.

Winterling started the intercollegiate baseball program in March 1991 and has been the program’s only coach in its 27-year history. He came to PHSC from Florida State University after serving six years under Mike Martin, the all-time winningest coach in NCAA baseball. Winterling finishes 27 years at PHSC with a record of 688-581-4 and his college-coaching career at 705-601-4.

“It has been an incredible journey,” Winterling says. “I have a lot of great memories and have worked with some tremendous people during my coaching career. I am fortunate to have had great assistant coaches at PHSC that sacrificed their time to help build and maintain the baseball program, and the players will always be special. We have had many great student-athletes that not only have exceeded on the baseball field, but in the classroom and in life. It will be different when the fall semester starts, but I look forward to directing the athletic department and supporting all PHSC athletic teams,” said Winterling.

Winterling received his bachelor’s degree in physical education from University of South Florida in 1981 and completed his master’s degree at Florida State University in 1986. Winterling has been a member of the American Baseball Coaches Association for 39 years.

He was recognized as Regional Coach of the Year by the National Junior College Athletic Association (NJCAA) and American Baseball Coaches Association in 2014, the same year the PHSC team made its first-ever trip to the NJCAA Division II College World Series where they placed fourth.

Winterling’s 2018 PHSC Bobcats finished 36-18 on the season, the 11th consecutive winning season for the program. The 36 wins are the second most in school history, one behind the record of 37 set in 2009.

Lyndon Coleman served as assistant coach and recruiting coordinator for three years prior to being selected to the men’s baseball head coach position.

"Lyndon has been very instrumental our success the past three years and brings a wealth of knowledge and college coaching experience to our program," said Winterling.

During Coleman’s tenure, PHSC has a 93-50-1 record with two NJCAA Dll Region 8 championships and trips to the NJCAA Dll Southeast District Tournament. "I'm humbled to follow in the footsteps of Coach Winterling and appreciated the opportunity to coach at PHSC," Coleman said.

Coleman graduated with his Associate in Arts degree from PHSC in 2010. He was a key player in helping PHSC set the school record for wins (37) in 2009. In 2010, he was an All-Suncoast Conference player after batting .353. Coleman finished his college career at Barry University in Miami. After graduating in 2013, Coleman remained at Barry to start his coaching career and then moved on to St. Petersburg College in 2015, coaching under Ryan Beckman, a former PHSC player. Coleman managed two seasons (2016, 2017) in the Valley League for the Winchester Royals and this summer is managing the Keene Swampbats of the New England College Baseball League. 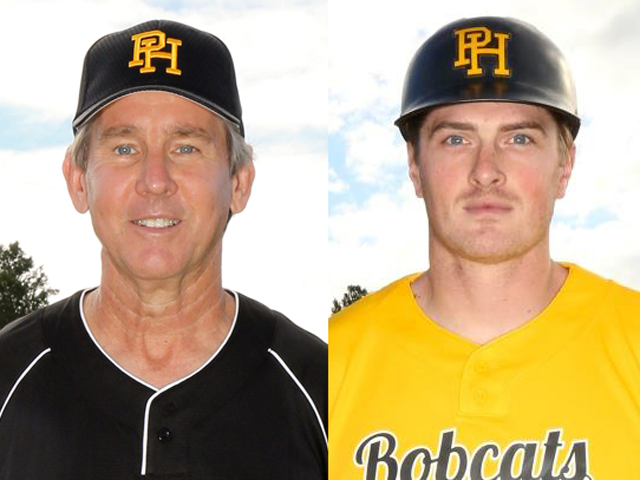