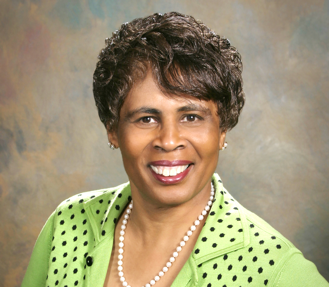 Justice Peggy A. Quince was born in Norfolk, Virginia, in 1948. She has two daughters, Peggy LaVerne, a graduate of Florida A & M University, and Laura LaVerne, a graduate of the University of Central Florida. Justice Quince graduated in 1970 from Howard University with a B.S. Degree in Zoology; she received her J.D. Degree from the Catholic University of America in 1975. While a law student she was active in Phi Alpha Delta Law Fraternity and the Black American Law Students Association; she received an award for her work with Catholic's Neighborhood Legal Services Clinic. In 1999, she received an honorary doctor of laws degree from the Stetson University College of Law. In 2004, she received an honorary doctor of laws degree from St. Thomas University School of Law and Nova. Justice Quince began her legal career in Washington, D.C. as a hearing officer with the Rental Accommodations Office administering that city's new rent control law. In 1977 she entered private practice in Norfolk, Virginia, with special emphasis in real estate and domestic relations.